Variability in metabolic cross-feeding behaviors in breast cancer and response to neoadjuvant chemotherapy.

← BACK TO RESOURCES
Next →

Variability in metabolic cross-feeding behaviors in breast cancer and response to neoadjuvant chemotherapy.

Background: Success of neoadjuvant chemotherapy (NACT) varies by intrinsic subtype of a patient’s breast cancer (e.g., Normal-like, Luminal A/B, HER2-enriched, Triple Negative). The metabolic rate of a given tumor is implicated in response to chemotherapies, as many act by killing rapidly dividing cells. Metabolic dis-regulation opens avenues for cancer cells to exploit environmental niches arising in the tumor microenvironment (TME). Focusing on the role the TME plays in defining cancer behavior, we undertook a theoretical investigation to uncover how metabolic cross-feeding affects subtype behavior and patient response.

Methods: An in silico analysis of cross-feeding variability arising from metabolic differences breast cancers was undertaken. TME community models consisting of fatty, glandular, and cancerous tissues’ metabolic behaviors were created. Expression levels of metabolic enzymes for 1222 community patients in TCGA BRCA were used to create models. Models were used in 3D simulations of tumors for 300 patients from the TCIA (Clark et al., J. Digital Imaging, 2013). Cross-feeding trends within each intrinsic subtype were analyzed.

← BACK TO RESOURCES
Next →

SimBioSys TumorScope™ currently aids the identification of the safest and most efficacious drug regimens for breast cancer patients.

The results from TumorScope™ are intended to be used in conjunction with the oncologist’s professional judgment, patient’s clinical history, symptoms, and other diagnostic tests.

With hundreds of retrospective patients validated, our results speak for themselves – a 95% correlation between simulated final volume and actual clinical volume post-therapy.

SimBioSys is developing TumorScope™ Lung, with the goal of having a positive impact on quality of life, clinical decision-making, and healthcare costs associated with lung cancer.

Though lung cancer is the leading cause of cancer-related deaths worldwide, it is amongst the few solid tumors for which immunotherapeutics have shown great promise.

The structure of lung tissue is dissimilar to that of other tissues we have studied, as the lungs are highly vascularized, oxygenated, and composed of numerous branching sets of airways.

These factors facilitate the need for accurate 3D models of the lung tumor microenvironment, and require nuanced optimization of our image analysis and segmentation methods.

Accounting for approximately 81,000 new cases in the US each year, bladder cancer is the sixth most-frequently diagnosed solid tumor.

The primary goal of neoadjuvant chemo for advanced bladder cancer is not to enable bladder-conserving treatment, but to downstage the tumor before radical cystectomy.

Bladder cancer staging is strongly dependent on the cancer’s invasion into the bladder wall and surrounding perivesical tissue.

Because of this, the SimBioSys TumorScope™ is poised to offer healthcare providers new methods to predict the degree of downstaging under different treatment regimens, and thereby optimize therapy for patients.

Affecting approximately 165,000 men in the United States each year, prostate cancers tend to occur in older men, and are often slow to progress.

As a result, management of the disease frequently includes watchful waiting and active surveillance.

SimBioSys TumorScope™ is capable of predicting tumor growth and progression, both with and without intervention.

There exists an obvious application in weighing the risks and benefits of less aggressive approaches to prostate cancer management.

The “silent killer”, early stage ovarian cancer often presents with symptoms similar to those of other common gynecological or gastroenterological issues.

Approximately 70% of epithelial ovarian cancers are not diagnosed until stage III or IV.

Ovarian cancer represents a natural next step for SimBioSys, allowing us to leverage the knowledge and modeling expertise we’ve accumulated.

This will allow us to target a cancer with high morbidity and mortality, for which neoadjuvant therapy is becoming an increasingly important option.

The tumor microenvironment is understood as a complex space where cancer cells adapt their metabolic behavior, competing and cooperating with nearby healthy cells in order to grow.

Understanding the complex ways in which cancer cells interact with other nearby cell types—competing for some resources, sharing others, and eliciting molecular signals that reshape their surroundings—is critical for understanding tumor progression and response to therapy.

The logistical and financial requirements of clinical drug trials are burdensome in the context of developing novel cancer therapeutics.

Additionally, there is inherent risk for the participants of these trials, both human and animal.

Building on the aforementioned technology, SimBioSys plans to create software to virtually test the efficacy of a drug on our library of patients.

The goal is to use this technology for planning and selecting the most appropriate cohorts, using computational methods, before a trial begins.

Additionally, this technology will be used for testing the effects of various forms of a drug on virtual patients, as opposed to humans or animals.

This technology will provide a deeper understanding of the mechanisms underlying treatment non-response, and will aid in drug development efforts.

After the SimBioSys platform has been extended to nearly the full range of solid mass tumors, pharmaceutical companies will be able to test their numerous therapies against a range of simulated tumors to discover new uses and delivery methods for drugs.

TumorScope™ provides an opportunity to reduce the likelihood of this occurrence. 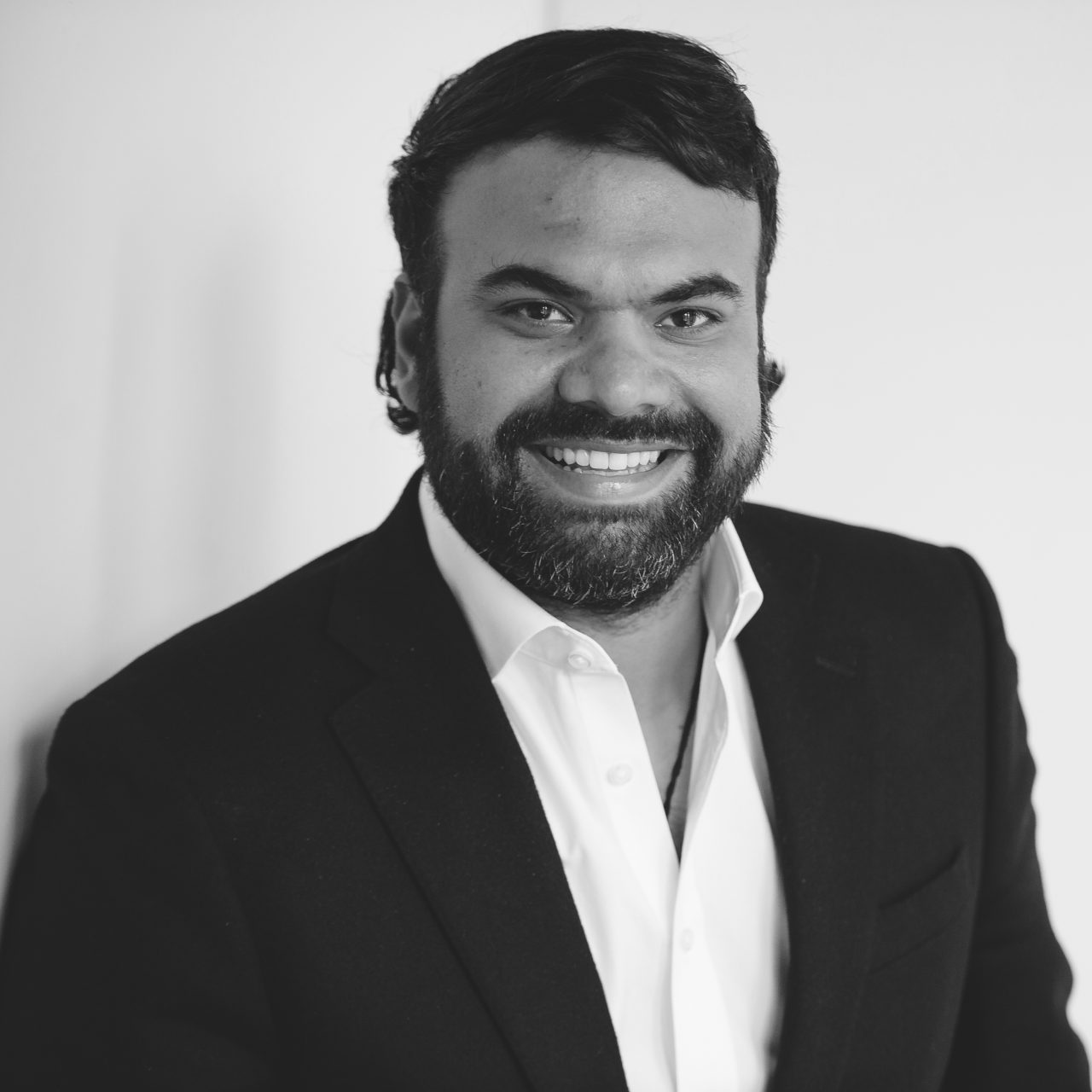 With a passion to support the fight against cancer, Tushar’s focus is to ensure the company delivers on its mission to empower precision medicine. In his prior role as VP of Decision Support at Strata Decision Technology, he worked
with over 150 health systems across the country including Kaiser Permanente, Cleveland Clinic, MD Anderson, Intermountain Healthcare, Dana Farber among others. Under his leadership, Strata Decision received the prestigious “Best in
KLAS” recognition for five consecutive years. With over a decade of healthcare experience, Tushar has been one of the key thought leaders in the healthcare analytics and cost of care space. 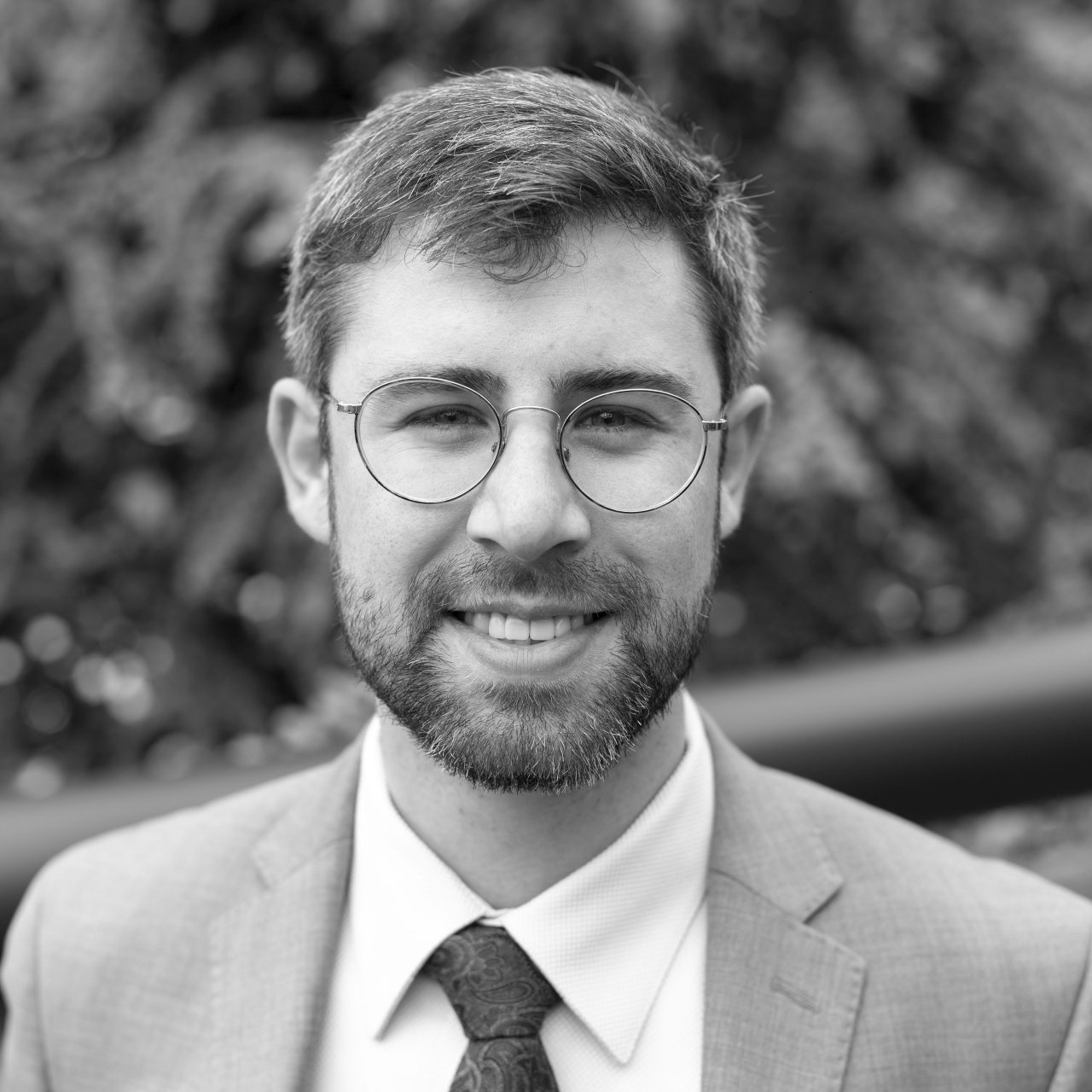 Driven by an interest in computing, Joseph’s 10 years of scientific research has spanned investigating combustion and explosion, to analyzing the role of the environment on microbes’ behavior, to examining individual differences in
breast tumors. He is passionate about developing software for the health and scientific R&D sectors. His goal as Chief Technical Officer at SimBioSys, Inc. is not merely to develop enterprise technologies that enable new
clinical action, but to foster lasting relationships between key players in cancer treatment.

John is a biophysicist specializing in stochastic models and systems biology. Equally comfortable with pencil-and-paper mathematical modeling and high-performance computational simulation, John’s “whatever works” approach to problem
solving and friendly, collaborative demeanor has allowed him to contribute significantly to a range of projects in basic science and health. As Chief Science Officer of SimBioSys, Inc., he is excited to extend this line of research
to enable transformative cancer treatment. 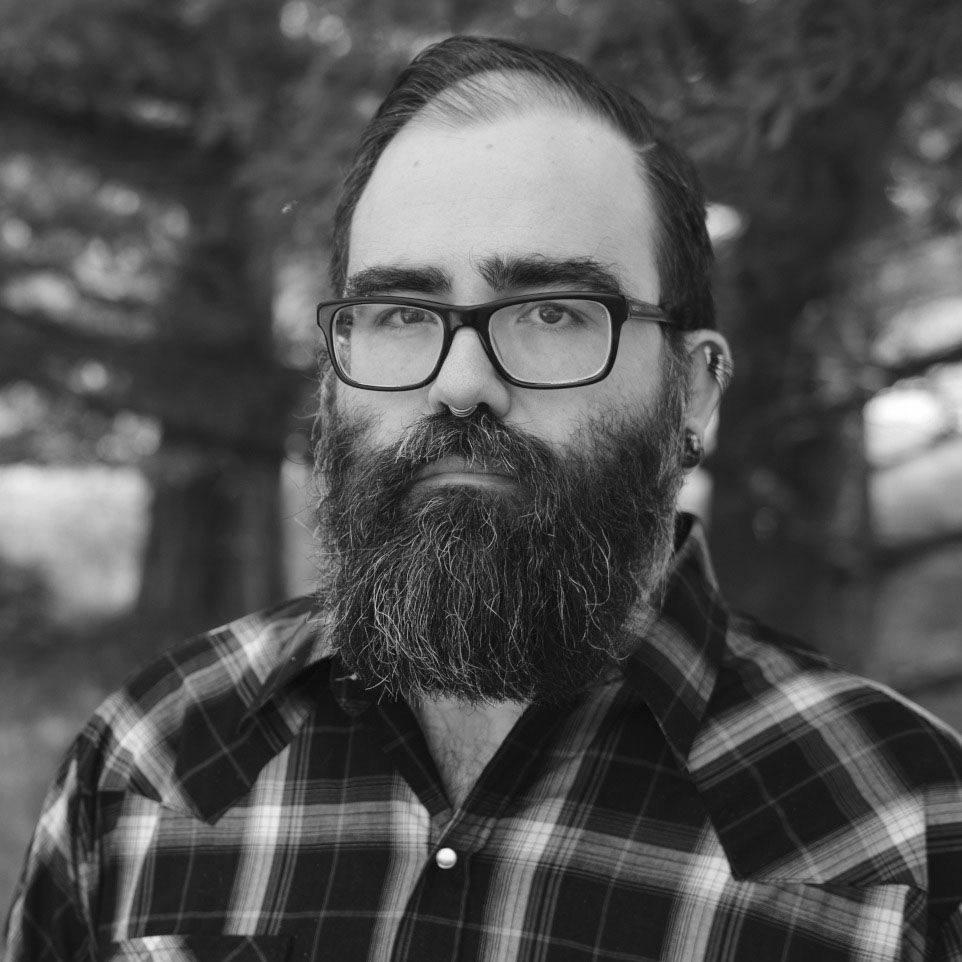 Tyler has a long history of mathematical modeling as applied to biological systems. He is also well-versed in software development, 3D visualization, and GPU programming as applied to computational biology. His primary focus is on
conceiving, constructing, and validating new cancer and drug models. 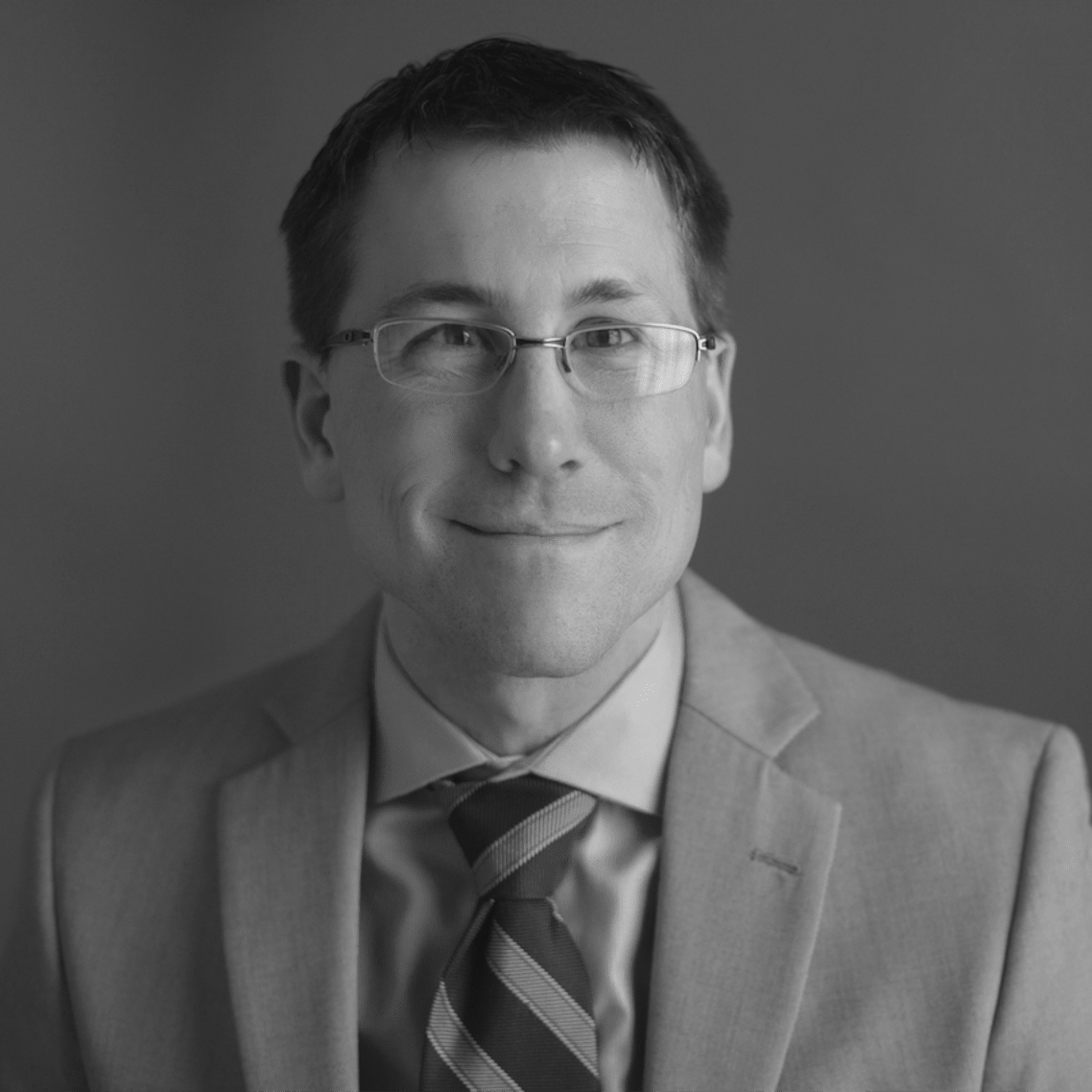 Michael has more than 10 years of experience in the software development and information technology fields. He has extensive experience developing software for scientific computing, high performance computing, and cloud computing.
He applies his extensive knowledge to work on advanced analytics software, focusing on back-end (database, server/client communication, database development, IT infrastructure, etc.) technologies, as well as working closely with
full stack developers. Additionally, he will provide software support for scientific development. 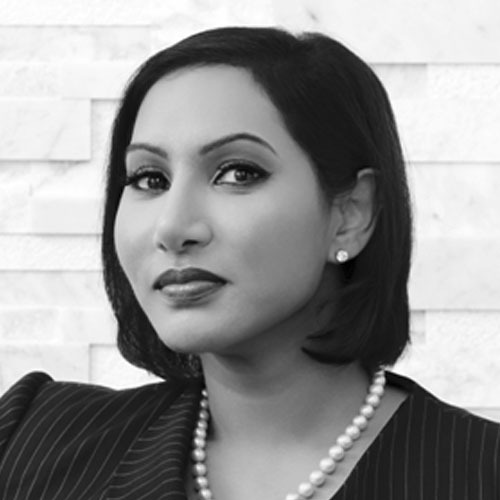 Dr. Antony is a Harvard, Stanford, and Memorial-Sloan Kettering Cancer Center-trained surgeon with 20 years of experience in breast cancer, including multiple leadership positions in Chicago as Professor and Vice-Chair of the Department of Surgery at Rush University, Co-Director of the Breast Cancer Service Line, and Chief of Breast Reconstruction at the Rush University Cancer Center, and Vice-Chair of the Breast Cancer Center at the University of Illinois at Chicago Hospital and Health Services. She is passionate about innovation in precision oncology and commercializing cutting-edge technology to bring it directly into the hands of physicians and patients. Her interest in science and medicine began at UNC-Chapel Hill where she graduated with distinction in Chemistry. After graduating with honors at UNC-Chapel Hill School of Medicine, she became intrigued with medical device innovation during her general surgery and plastic surgery training in silicon valley at Stanford University Medical Center. She furthered her education and training during an oncologic reconstructive surgery fellowship at Memorial Sloan-Kettering Cancer Center, a Masters in Biostatistics and Clinical Outcomes at the Harvard School of Public Health, and an additional research fellowship training at Massachusetts General Hospital/Harvard Medical School. Recognizing the benefits of dovetailing science, medicine, and business, she completed an MBA at the Northwestern-Kellogg School of Management. Dr. Antony has worked in government and private sectors where she actively treated cancer patients, co-led a multimillion dollar NIH program grant as co-PI studying stem cells in a primate model, actively publishes, lectures nationally and internationally, and has served as Chair and President of several regional and national professional societies and conferences. 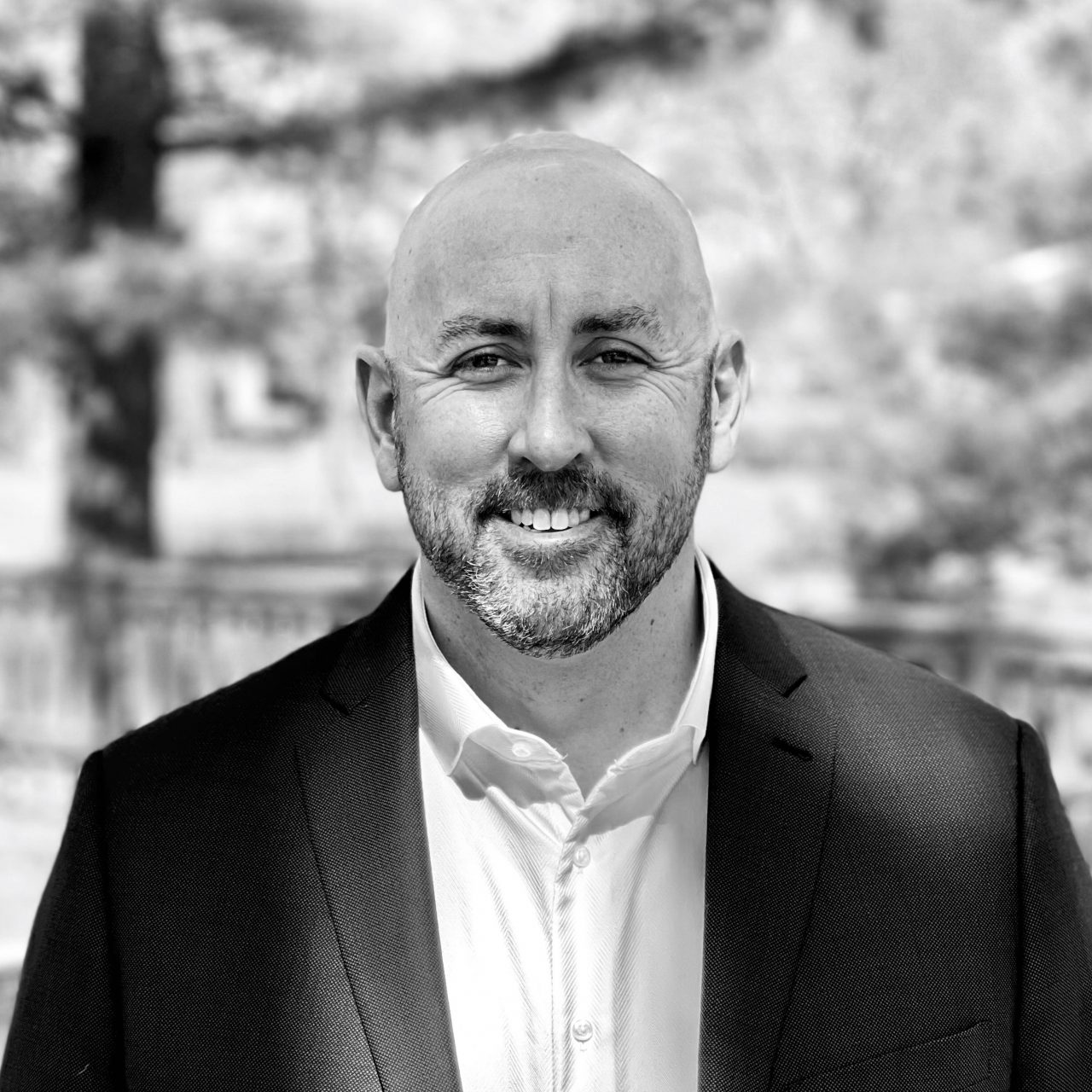 Charged with partnering initiatives to further our mission of empowering precision cancer care, Tim has joined as our VP of Business Development and comes armed with over 20 years in healthcare BD having led transaction teams at both Takeda and Astellas. Tim’s most recent focus is on helping health tech startups navigate the partnering paradigm. Cancer has had a large impact on his personal life leaving him impassioned to unlock new-generation solutions aimed at radically improving outcomes for tomorrow’s patients. 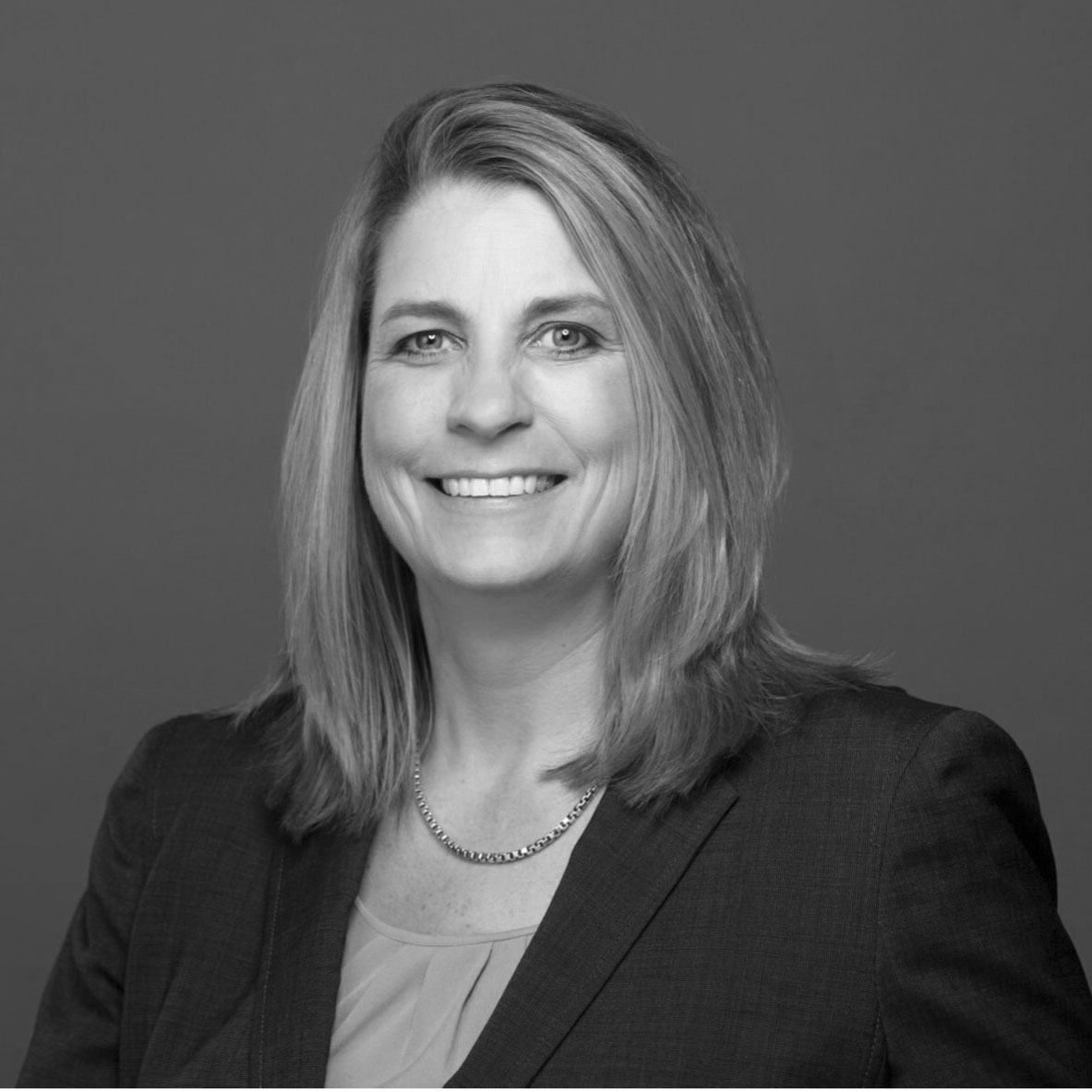 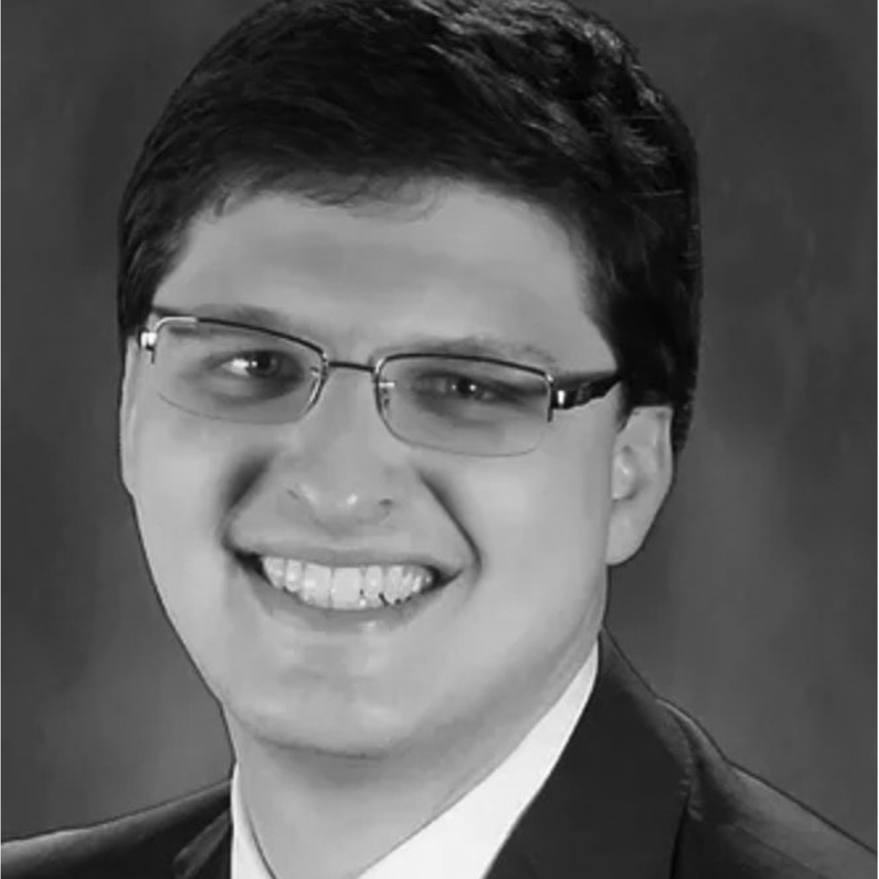 Eduardo Braun, MD
Head of Clinical Affairs
MD, Rio de Janeiro School of Medicine, RUSH University Medical Center
Eduardo Braun, MD earned his medical degree at the Federal University of Rio de Janeiro School of Medicine. He completed his Fellowship in Hematology/Oncology, and his Residency in Internal Medicine at RUSH University Medical Center in Chicago. He is board certified in internal medicine, medical oncology and hematology.
Dr. Braun actively participates in lung cancer, breast cancer and lymphoma research and his work has been published. He is an active member of the American Society of Clinical Oncology, American Society of Hematology and the International Association for the Study of Lung Cancer.
Dr. Braun practices in Valparaiso, Chesterton, Hobart and Westville, Indiana.

SimBioSys is providing solutions for clinicians, patients, researchers and pharmaceutical companies. If you are interested in our product & services, or would like to collaborate, please contact us using the form below or email us at contact@simbiosys.com.

We use cookies on our website to give you the most relevant experience by remembering your preferences and repeat visits. By clicking “Accept All”, you consent to the use of ALL the cookies. However, you may visit "Cookie Settings" to provide a controlled consent.
Cookie SettingsAccept All
Manage consent